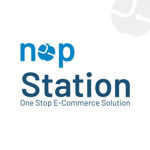 Gold Solution Partner
2 years ago
Recently one of our client from Myanmar(NetZay) released their android app for their nopCommerce store using nopstation android app with source code package. This App is developed in android platform with nopCommerce version 3.8. It supports Burmese language which made the app easier to reach to more people than before in local business. Here is the link of NetZay nopCommerce native android app ==>