8/27/2020 4:50 PM
Thank you for the excellent article. Very helpful especially the coverage of the changes and analysis.
nopAccelerate.com 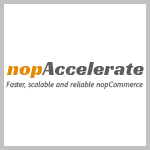 8/28/2020 12:22 AM
Awesome, thanks for sharing this technical details along with your findings. It's really rare to come across something like this. And I believe this is very useful for all developers working with nopCommerce.
danielpila

9/1/2020 8:38 AM
Hello everyone, thank you for your feedback. The migration took around 150 hours.
DiogenesPolanco

9/1/2020 11:33 AM
excellent news, this migration will be very useful for my projects
Karimshaik

9/3/2020 1:45 PM
To fetch request properties like headers, raw url, which one will be suggested is it HttpListenerRequest or HttpContext.Request ?? Any inputs on which one would be preferable