Does anyone know of a way to import data into nopceommerce? Either direct into the DB or via code?

I currently have all products in a DB and imags on file system I would like to import them all into nopcommerce...

Any pointers would be great.. 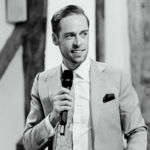 MVP
12 years ago
There is no built in way of doing this currently. You could create an SQL Server SSIS package to do this. Seem to remember a few people discussing using SSIS to import into nc. Not sure if they actually did it.
Ben Foster
http://blogs.planetcloud.co.uk/mygreatdiscovery
0
filjan 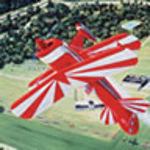 Maybe you can tell us where you're stuck?

11 years ago
I was able to get products imported via sql into the NOP_product table but when I go to the NOP admin panel to assign these items I imported to a category they don't show.  Can you help?  I think I need data in the Nop_ProductVariant table maybe be I can't figure it out.
0
nike76

Your scripts are exactly what our backend needs. We have over 10000 products to load...I have been working on an all inclusive SSIS package and DataMapping for this but am stuck on the Variants part.

My package is trying to include all possible Product Options.

Thanks any script files or C# code you have already would be very helpful.

11 years ago
Can anyone share their code or scripts for importing product?
0
uniprof

11 years ago
Can anyone share with us this script ?

11 years ago
I'll bump this thread - scripts would be great. Even better if they were publically available in the downloads section :)
0
Reply