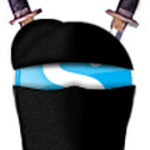 I have the site up and running perfectly. Today I decided to play around with adding a forum for the customers!! I had great success due to the fact that it was a piece of cake. I have some questions. If the user would like to add an image or a smiley or sticky etc. there is no control for this. Is there an add-on available to update the forum? Also is it a violation to update the forum (adding image support etc,)??

Any help in this matter would be greatly appreciated. If anyone needs help setting up their Forum you can send me a PM. I just got done setting it all up!!

11 years ago
That is one of the greatest weaknesses of the product in my opinion and the one causing the most difficulty with replacing our eCommerce site.  I would like to migrate fully from a PHP based site that uses vBulletin, but there are tens of thousands of posts in the forum that simply will not port over.  They used the BBCode functions such as [List] [Url] [Code] etc., quite heavily and they have robust features for notifications, replies, quoting, etc.  While there is at least a URL tool, the code is slightly different since it does not wrap a doube-quote around the URL.

Has anyone had luck with another third party forum integrated with nopCommerce?  I was thinking of moving to webHost4Life with a plan that supports both PHP/mySQL and ASP.NET/MSSQL on the same box so I could try to run nopCommerce with the existing vBulletin PHP forum system.
0
hkhieu

11 years ago
Check it out at http://www.yetanotherforum.net
A C# opensource forum sotware.

11 years ago
I moved to webhost4life and having really bad experience. They are switching to new platform and there are a lot of problems because of this. Also you cannot change file permissions by yourself from the file manager and it is needed for nopcommerce. You have to ask the support to do it for you for every change in file permissions.
0
quanliang

10 years ago
webhost4life is terrible bad. After staying there for a few years with their OLD platform, we had to move to somewhere else. Your site could be out of work for one week, or your SSL works only time to time and then down for another week.
0
justinleigh

10 years ago
I'd like to echo the concerns with webhost4life.  We hosted multiple ecommerce sites there for a few years then with the 'migration' this year we have had an absolutely terrible experience and now I cannot say enough bad things about them.  Sites were down for days without reason or warning.  We couldn't access our files to update for a week.  They took databases offline without notice, f-d up dns settings, etc, etc, etc.  More times than I care to remember our sites or databases would be offline and I'd call their cs.  Their standard answer was that they'd work on it and it would be updated in 24 hours.  24 hour response time on a down service is completely unacceptable, but would have been much better than how long it actually took them to resolve a problem.  As soon as I notified our clients that the problem was resolved, WH4L would break something else and we'd restart the cycle.  It's a wonder that any of our clients stayed with us.

Just the other day they sent us a notice that our sites might be down from 12-6 pm EST on 9/7 (a tuesday) due to scheduled maintainence.  They seriously scheduled maintainence that took entire sites down for 6 hours in the middle of the day on a tuesday.  I called and asked why they would schedule maintainence at a peak time and they said they did an analysis that determined that was the time that would impact customers the least.  I asked how that could be possible as that is one of the highest peaks of any site I've ever worked on.  He transferred me and the next guy said it was a high priority fix that had to happen (so they scheduled it for a week in the future on a Tuesday).  They don't seem to have any idea what they are doing and that's bad news for you if you're trying to provide a professional service to a client.  Luckily we were able to complete our own migration off their platform.

I would NEVER consider using them as a host they are undependable, unprofessional, and apparently, completely clueless.  Do a google search and you'll be overwhelmed with negative commentary about webhost4life starting in early 2010.
0
LevGe

10 years ago
Also had very bad experience with webhos4life. Sites down, db down. I needed a lawyer (and several month) just to get a refund from them. Now using arvixe.com, and very happy.
0
Reply