6 years ago
When trying to import language packs found on the Nop extensions, I keep getting this error...Could not find stored procedure 'LanguagePackImport'. Any way to fix the issue?

6 years ago
I also meet this issues
Haha,I am Happy Here.
0
abhishekbhalani

I am getting same issue while installing the http://ima9ines.com/core-plugin
How can I fix it?
0
ima9ines 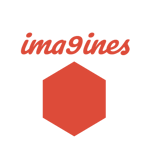 I am getting same issue while installing the http://ima9ines.com/core-plugin
How can I fix it?

Please send us the error in details (log or a screen capture)
ima9ines.com - Let's contribute to the community :)

3 years ago
Run the SQL script "App_Data\Install\SqlServer.StoredProcedures.sql" against your new database to make sure that all your stored procedures are there. be sure no harm in running it even if the stored procedure is already there.
this solution solve your problem.
please vote my post if it help you.
I love nopCommerce, and select it for making my E-commerce.
1
cableguyusa

2 years ago
Thanks Shahab that at least changes the error.

Now I get:
INSERT failed because the following SET options have incorrect settings: 'QUOTED_IDENTIFIER'. Verify that SET options are correct for use with indexed views and/or indexes on computed columns and/or filtered indexes and/or query notifications and/or XML data type methods and/or spatial index operations.

Any ideas where to go next?
0
cableguyusa

2 years ago
Ok I'm going to answer my own question, for anyone else in the future.

If this was a bad idea please let me know, and give me an alternative solution!

I removed EVERYTHING except the create procedure area for the language pack.

I then re-ran the SQL command, and now I can import language packs!

I might try the upgrade from 3.8 to 3.9 again, but change the upgrade script to add the set quoted_identifier ON because I had a few errors while doing the database update.  The first error was an Insert failed to do with QUOTED_IDENTIFIER, and others in 2 areas the languagepackimport.  Didn't even realize until I saw incorrect text in the admin area
0
cableguyusa

2 years ago
My nopCommerce is running in VM's so I just imported a new VM with 3.8 running as a test.

I changed the SQL Script file adding just after the LONG set @resources and before the Create Table two lines:

This got me fewer errors when I run the script, but my language pack was still messed up.  The difference is I didn't have to run the separate script to fix the ability to run the Import Language Pack that I mentioned in the previous message.


Next step, try again to upgrade to 4.0
0
cableguyusa

2 years ago
Sorry one last thing.

I don't know SQL Script, but I found a big mistake in what i did.

the Go wiped the @resources variable.  You need to add what I added to the TOP, not where I added it.

The top lines should look like this:
-- upgrade scripts from nopCommerce 3.8 to next version


Now when I upgrade from 3.8 to 3.9 I don't have any of the problems with the language pack to begin with.
0
cptstefan

2 years ago
shahab.farahani wrote:
Run the SQL script "App_Data\Install\SqlServer.StoredProcedures.sql" against your new database to make sure that all your stored procedures are there. be sure no harm in running it even if the stored procedure is already there.
this solution solve your problem.
please vote my post if it help you.

Run SqlServer.StoredProcedures.sql from SSMS
It completed with errors because some of procedures where already there.
But added dbo.LanguagePackImport in Stored Procedures.

After that I could import the xml file.

Thanks a lot.
0
Reply