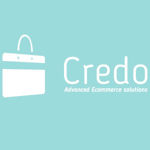 MVP
Certified Developer
Statistics
Ukraine
210
4155
Sunday, December 27, 2009 6:13 AM
http://Credotechnologies.com
Send private message
nopCommerce 4.10 is released
Great news and great release! Waiting to see the 4.20 roadmap : )
1 year ago
Suggestion: to make GetActiveMessageTemplates() public
Hi Andrey,
Is there any reason some functions in WorkflowMessageService (in particular GetActiveMessageTemplates()) is protected? May we turn it to be public in order to be able to use it in plugins?
1 year ago
Unable to launch Nop 4, 502.5 Process Failed
we had the same problem. for those who encountered the same error - check whether the correct version of the framework is installed on the server.
2 years ago
Please vote for nopCommerce in CMS Critic Awards 2017
done )
2 years ago
nopCommerce 4.00 BETA released. Please share your impressions
Nop-Templates.com wrote:
Way to go, Andrei!

nopCommerce 4.0 will be an awesome release!

Just a small comment on the above.
If you plan to release the official version in 2-3 weeks and release the developer upgrade guide in about a week this means that nopCommerce developers will have only 1-2 weeks to upgrade their extensions, which I believe is a very short period of time.

Please don't get me wrong as we started with the upgrade 2 months ago (which is quite hard with the many changes you did in the last couple of weeks). But in order to convince more and more people to upgrade to the new version then there must be at least some extensions available for it several days after the official release. I don't think that many of the nopCommerce vendors will be able to upgrade and test all their products on time and release their extensions a few days after the official release. We should target code freeze and BETA releases at least 3-4 weeks before the official release next time (especially after such a big release that has a lot of changes).
This is just a constructive comment to make the nopCommerce ecosystem much more stable and provide more confidence in the nopCommerce community.