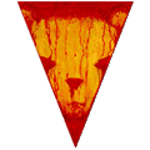 1. If the external IP address of your server changed when you moved servers then you'll need to log in to your SagePay account and add the new IP address to the list of valid IPs: https://live.sagepay.com/mysagepay/settings.msp (if the external IP didn't change then it can't be that).

2. When did you first get the error? I ask because SagePay stopped support for TLS1.0 and TLS1.1 yesterday (13/6/2018). This is in response to the changing PCI DSS regulations but SagePay have gone a step further and are only allowing connections using TLS1.2.

If your plugin was written for nop version 3.3 it's very unlikely to be forcing a TLS1.2 connection. If you've got the source code for the plugin it can be patched. If you don't have the source code you should still be able to fix it by adding this line of code to the Application_Start() method of the global.asax file of the nop website:


If you search the forum for servicepointmanager you'll find plenty of posts about this approach relating to various different payment plugins.

You'll also need to make sure you're running on a version of windows server that supports TLS1.2 and has it enabled. Windows Server 2012 or higher should be fine, 2008 R2 can be patched and enabled, 2008 can theoretically be patched and enabled (though having tried it without success, I ended up moving the site in question to a newer server).
2 years ago
How to show products randomly in categories page & related products should load dynamically
prasad1709 wrote:
We are using nopcommerce 3.80 for our store.  Can any one help us to show random products in category list page.

For example: If any customer visits 'SHIRTS'  category page every time it shows the same products. But we have more than 1000 shirts in my store.  We want to show products randomly.  Ex: If the user refresh the same page also it should change products display order with different products.
You'd have to change the ProductLoadAllPaged stored procedure in the database. By default it will use the DisplayOrder field from the ProductCategoryMapping table if no specific sort order is requested:


So to randomise the order you could change that category sorting to:

The problem is that it would break the paging on the category. You can't fetch the next x products if the sort order isn't predictable.
2 years ago
Reindexing Categories (Pavillione Template)
Outland NO wrote:
(we update our products from an ERP system, so that might be the culprit to the problem)
Product category mappings are cached by default for performance reasons so it would depend on how you're syncing nop from your ERP system. The 'proper' way to do it would be to call same methods that nop uses from the CategoryService which contain code for invalidating the necessary cache objects.

If you're updating the database directly then you're going to be bypassing all the cache invalidation code so you won't see the changes until the cached object expires. I think the default cache duration is 1 hour so you could be waiting anything from 1 second to 1 hour depending on when the relevant cached objects were last generated.

Outland NO wrote:
So,is there a service or script that i can run to basically make all categories update/reindex?
You can just use the Clear cache option from the admin interface. Obviously there's a performance penalty associated with this as it will clear the entire cache so all required objects will need to be recreated on the next request to the website.

If you're looking for something that can be automated there's a Clear cache scheduled task which you could possibly trigger from your ERP sync process.

Or you could use the CacheManager to invalidate the cache in the same way that nop does:

3 years ago
syntaxe block test with "contains"
Bivolini wrote:
I get this error:

Bivolini wrote:
I think this test did not give me a result because the 2 special caracters Ä and ä , so i think to change the test like this, but i don't know how to use contains here:


or possibly String.compare if you wanted accent insensitive string comparison (not tested):

3 years ago
syntaxe block test with "contains"
This should do it: