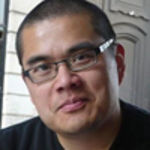 Make sure your site complies with accessibility standards so your users can find and use the site properly.  You may have digital marketing (SEO / PPC / SMO, etc., etc) to drive the traffic to your nopCommerce site but if the site is unusable then you may have wasted time and money as well as loss a potential lead/client.

There are industry and ISO standards to follow for web accessibility (Google: WCAG 2.0 and ISO / IEC 40500 for more information).  Plus relevant legislation in your area - so if you are in America look for references in Section 508 and new ADA proposed changes.

Accessibility can't be covered by just one area - e.g. developers may use tools to check the site but it is more than just automated testing.  It's also about manual testing, disabled user testing, policy and process reviews, and so on.

For instance:
- Language is also key to the content, plain clear English
- Learning disabilities and difficulties (not the same thing) - which are dyslexia keep things short and to the point.
- Design for people with dementia
- Mobile devices like smartphones and tablets
Most accessibility audits can recommend improvements to usability and SEO.

Ask yourself, what happens if a disabled user contacts you to report they are struggling to use the web site?
What do you do?  What processes do you have in place?

Just because you have access to open source software doesn't mean it cover all the bases.  Eventually there will be some collaboration work needed.

Doing accessibility is an investment in the future and says a lot of you and your business.

Kind regards,
Will
3 years ago
Accessibility requirements and questions
Hi All,

If anyone has any design questions about Accessibility - like why you should be do it as well as the social, legal and business impact then let me know.

Also if your nopCommerce site is already built and live we can also help with a personalised audit not just of the system.

If you don't know what web accessibility is or think it doesn't apply to you then this topic is for you.  Doesn't matter your business size if you provide online services then it applies.

At the very least we are raising awareness.

Kind regards,
Will
3 years ago
SMARTERASP.NET HOSTING UPDATE
New York wrote:
...
#3 Simple ASP.NET web app using NuGet packages not working on their servers, works fine everywhere else (other hosting providers).  The package is a module that runs dll that parses the HTML files (whitespace and comments).  Minification and bundling with being done by something else. So the web.config setting for this runs fine in IIS 7, 8.0, 8.5 and 10.  See? Simples. ;)

Here are the instructions to resolve it:

1) Map a new domain to your web site
click Websites  icon (top row)
click "control panel" button next to your hosting plan
click "Manage Domain Name" next to your web sitr
put your static IP in the text box and click "Map New Domain"   (ignore the www. prefix/prompt; it does not get used when entering an IP)

There might be some short delay before it takes effect. Hit ctrl-F5 in browser. If still not working, then try checking it through a proxy service (e.g. megaproxy.com, hideme.be, etc.).

Hey, thanks for getting back.

1. DNS setup issue
That's an interesting workaround.  Ours was different to that as the domains are held elsewhere (i.e. GoDaddy, 1and1, etc., etc.). Plus we were using a CDN as well.  To resolve our issue we just deleted the wildcard A record from the CDN DNS and that worked - bye bye 403 detailed error page.
However every time we need to create a sub-domain we had to add in an entry for it.  The point here is I've never knew this setup in all my years of using hosting providers.  Must be a new standard.

I think your solution definitely helps customers who have domains hosted with SmarterASP.NET.

For me personally the less time I spent with any hosting support is an indication of how good the service is.  And that's after I go though any KB or support portals.
3 years ago
SMARTERASP.NET HOSTING UPDATE
embryo wrote:
I have about a dozen clients hosted there with very few complaints. On one site I had to upgrade to the premium email account so that their site could send up to 10k messages per day, and on another it was necessary to add disk space for their email accounts...but that is to be expected with growth.


1. Hmm..true. Just noticed that.
I get a 403 - Forbidden: Access is denied. instead of the typical DNS error..still though, I'm not really that concerned.


2. I'd just add that at the domain level settings in SmarterMail, you might have a content filter that is catching/trashing those emails. Maybe it's text in the body which is filtered, or the domain or sender, etc..
As NewYork says, override the settings at the user level and set no action.

1. Yep, everyone different.  Some like security by obscurity, others it's a brand image, some not bothered as nothing visible, etc., etc.

2. Thanks - triple checked that.  Other clients, who I moved over to Smarterasp.net as well, had the same issue with emails not being received.  There were no bounce back or undelivered receipts so as far as the sender was considered the emails were received/delivered.  But they never showed up in the mailbox.    The senders were all from different mail domains but nothing showed in the logs. There were no forward rules in place and only using webmail to connect to mailbox. Very odd, may need to move to Gmail or Office365 as some of the emails missed were timely and sensitive.

3. That's interesting, could give you our codebase for you to see exactly what is happening and what should happen.  Also you mention 99% uptime, what monitoring tool are you using?  Other than uptimerobot.
3 years ago