In a few weeks, our team is going to release a completely renewed version of nopCommerce - nopCommerce 4.00.
We have been working a lot over the last months and now we are proud to announce that nopCommerce is finally moved to ASP.NET Core.
ASP.NET Core is not a continuation of ASP.NET 4.6. It is a redesigned ASP.NET, brand new, cross-platform, high-performance and open-source framework.

So why we decided to move nopCommerce to ASP.NET Core?

We always try to keep nopCommerce running on the latest technologies to offer the best experience possible to our users.
ASP.NET Core is a new framework but it is already matured enough to be used as a basis for building modern, well-structured and extendable web applications such as nopCommerce. ASP.NET Core is the fully featured framework of course but let me highlight several ones making ASP.NET Core a preferable for nopCommerce particularly:

ASP.NET Core is cross-platform which means an application can be run on Windows, Mac, and Linux. Though nopCommerce still uses .NET Framework as a core, and this feature is not available for us yet. But in next versions when we finally move nopCommerce to .NET Core, developers will be able to use all the opportunities of cross-platform development.

ASP.NET Core ships entirely as NuGet packages. This allows us to optimize nopCommerce including selected, needed packages, which improves security and performance of the solution and reduces servicing. This also means that the framework upgrading process goes easier in general: when the new version of a package is released there is no need the whole framework to be upgraded. It gives sort of independency for a developer who can get the latest changes just by updating the packages. This is a very important feature allowing us to keep nopCommerce up-to-date constantly.

Performance is crucial for nopCommerce and ASP.NET Core suits our needs. One of the main points in performance optimization is caching. The framework supports several built-in caches.

Middleware is a new lightweight high-performance and modular pipeline for requests in an application. Each part of middleware processes an HTTP request, and then either choose to return the result or pass to the next part of middleware. This approach gives a developer total control over the HTTP pipeline and encourages the development of simple modules for an application which is important for growing open source project.

Moving to ASP.NET Core is a big step forward for nopCommerce community. We have changed a lot in the nopCommerce source code, there are new approaches which are worth learning about but in the same time, it should be noted that the core concepts and business logic stay the same. As well as the controller and routing logic.
This means that despite the big changes we made, nopCommerce users familiar with previous versions of the platform can easily manage dealing with new one, based on ASP.NET Core, it shouldn’t take long. To ease an upgrading process from 3.90 to 4.00 we are going to prepare a tutorial describing it step-by-step.
We are also going to talk about the moving nopCommerce to ASP.NET Core on the nopCommerce Days conference which will be held in New York in November 2017.

New technologies are crucial for us as for the eCommerce platform. We are certain that ASP.NET Core is the future of web development in .NET and moving to ASP.NET Core will bring our community lot more opportunities for growing their business.

9/18/2017 7:25 AM
Great! Good to here. Waiting to see performance of nopCommerce in ASP.NET Core
vipul.dumaniya

I sure am happy about EF core.
landzhang 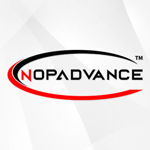 9/18/2017 8:59 PM
One of the best thing I found while looking at nopCommerce 4.0 code wad new implementation of widgets. It will just kill old performance issue that we were actually facing while using widgets and this is why we used to use some other methods.

Moreover, thanks to nopCommerce team that they actually managed to keep same architecture while moving to asp.net core and this is why we are again powerful as a nopCommerce solution provider to say "Yes, we can easily migrate your website to nopCommerce 4.0"..

9/26/2017 10:38 AM
It will be also better move to Dapper + Stored procedures and stop using Entity framework.
If you emotionally attached to Entity framework at least use Command Query parent and not repository's.
https://app.pluralsight.com/library/courses/clean-architecture-patterns-practices-principles
Moving to .net core will not increase performance.
smi10 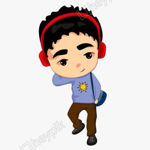 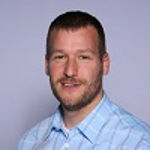 I'm very happy to be associated with such an advanced thinking company.
Carneno

I'm very happy to be associated with such an advanced thinking company.
seancornell

9/26/2017 12:59 PM
I have a build on going with the current iteration of 4.0 - I must say it is absolutely fabulous. Performance is off the scale! I'm staging on a $4 AWS instance and i'm actually STAGGERED at the performance. 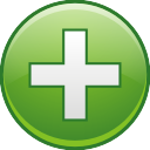 9/27/2017 1:48 AM
Great news, but what will happen with all plugins available, or ones we have wrote for our projects, that also may use other APIs and 3rd parties not available in Core?

Also i have a suggestion that you alter injected private members in services, to protected, so we don't have to re-declare them in derived classes when we inherit :-).
pdunleavy75 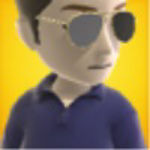 9/27/2017 2:37 AM
Sounds good but I hope this means everything async or at least providing async versions of all the service interfaces that use remote resources (database, blob storage, redis etc).
charithrasanga 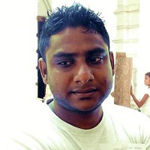 10/8/2017 6:46 AM
Looking forward to 4.0
at Tmotions we already have upgraded some of our .Net projects and .Net Core and the team is now well trained on the new framework. We look forward to upgrading our customer's nopCommerce platforms to 4.0 soon
hirutase