MVP
1 anno tempo fa
I wrote that 5 years ago - i.e. older version of nopCommerce.
In 4.x versions you will find in \App_Data\
dataSettings.json
plugins.json

What are your versions of nopCommerce - old and new?
Did you already do an in-place DB upgrade (apply upgrade SQL scripts)?
www.noptools.com
1
sageelite

MVP
1 anno tempo fa
@sageelite
Are you doing an upgrade?  (if so, from what version?)
www.noptools.com
1
sageelite 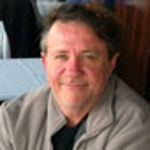 MVP
Sviluppatori certificati
1 anno tempo fa
Are you doing an install and creating a new database or upgrading and old one ?
i.e. v4.4 website will automatically upgrade a  v4.3 database to v4.4
So there are no scripts any more to upgrade from v4.3 to v.4.4
But it assumes the v4.3 database is a standard verion with no modifications
(Of course you should be taking a back up od the datasbe before any upgrade)
Select Systems International - nopCommerce Plugin Developer
and eCommerce solution developer
www.SelectSystems.com.au - [email protected]
0
trawangantech

1 anno tempo fa
Hello there, I'm trying to set up a brand new install of nopCommerce 4.40.4 from the current latest docker image on docker hub in an Azure container, all's been well setting up the dockerfile, all the azure stuff and the container, which is now up and running, so I have the /install page of nopCommerce.

I give it an email, password x 2 and the connection string of the SQL DB (not in the container) and it goes ahead and creates all the tables and restarts but it just returns to the install page with no error message.

As an aside - this message has been around for many years now, it'd be great if the script could either drop and recreate or just bypass the DB entity creation if it finds the tables there rather than falling over again, perhaps depending on a 'Recreate database ?' checkbox on the install page - I now have a piece of SQL cobbled together to delete all the tables and SPs etc. because I have done it a few times in the last few hours (as well as creating a brand new db a couple of times) but it'd be nice if the install either tidied up after a fail or coped with there being tables there already :)

Anyway, with it being a container I'm slightly divorced from the nuts and bolts, long story about problems getting an SSH into the container working, to try manually copying the setup file from one place to another as I saw suggested, so I haven't been able to do that minor hack to tell it all's well, but surely I should be able to just run a normal fresh install and get it working.

The connection string uses the db administrator user I set up in Azure, it's just a demo setup, no security concerns, so there shouldn't be any problems with privileges.

There's nothing in the database Log table, which is a shame, it'd be handy if the problem was written there. The log stream emerging from the container has lots of success messages about requests to bootstrap.css and logos etc. and a fresh batch of success messages appears if I hit 'restart Installation' but no errors at all so I'm at a loss as to what the problem is.

Any help appreciated, I'm just setting this up so I can give an example setup to a client to see if they fancy using it, then I can keep the DB for their real install if so (rather than use the demo system - so they can gradually customise it and start setting up real data), I thought I'd just chuck a container together from the docker image, point it at a SQL and bingo, but have been stuck at the final hurdle for a few hours now, I thought getting the container stuff done would be the tricky bit but that went really well !

Any help appreciated, I could download the code and build and set it up as a normal web app but it's a good exercise in using Docker and Azure containers etc. and as I say, I'm at the final hurdle now, I just need to convince nopCommerce that everything is (hopefully) in place so it doesn't keep reverting to the install page !

MVP
1 anno tempo fa
RE: " it just returns to the install page"

Install will run if it does not see the file  \App_Data\dataSettings.json
Check your folder permissions...
Thanks, though it wasn't a blank page, it was the same install page again. I had problems getting a shell into the container to either do the permissions changes or move the config file as I saw suggested elsewhere.

With a normal non-containerised setup it'd have been a doddle to do but my experiment was about using the docker image, which arguably should 'just work' once the SQL was hooked up to it, which it was or it couldn't have created the tables and SPs etc.

No doubt there are a few ways to proceed, my normal instinct is always to get the spanner out and get my hands dirty but I kept coming back to thinking that the whole point of the docker approach was to avoid tinkering with the nuts and bolts. Presumably I should be able to get the basic vanilla setup working without getting a shell into the container.

I wanted to set up a quick demo version to show to a possible new user and assumed a quick docker setup would be the fastest way to build a system they could customise and tinker with over a few days without the data being refreshed and losing their changes, and then optionally keep their personalised DB for their real system if they liked nopCommerce, but in the end I just pointed them at the online demo instead.

As such, there's no need for further help for me on this and thanks for responding. Though whatever the issue was, it still remains for people wanting to use the docker image.
Chris
0
Yidna

MVP
Sviluppatori certificati
11 mesi tempo fa
I dont know much about docker but can you get to the Web.config file.
Did you try turing on the Stdout log  to see if anything is writen there ?
ie. In Web.config change stdoutLogEnabled = "false" to true
Select Systems International - nopCommerce Plugin Developer
and eCommerce solution developer
www.SelectSystems.com.au - [email protected]
0
trawangantech

11 mesi tempo fa
Yidna wrote:
I dont know much about docker but can you get to the Web.config file.
Did you try turing on the Stdout log  to see if anything is writen there ?
ie. In Web.config change stdoutLogEnabled = "false" to true

Thanks, the stdout automatically gets routed to the azure log stream which is handy, but it just shows lots of success messages about loading up this and that, all pretty typical looking progress for starting up a .Net web app, and then a subset of the same success messages again each time I restart the application, nothing errorish or advisory whatsoever.

You need a shell into the docker container to get at any of the filestore within it (well, as far as I know, I'm no docker expert either), but I had problems getting a shell running (which will be an Azure configuration thing), so couldn't check any config or try the suggested changes - and in the end it was supposed to be a quick alternative to just pointing the client at the online demo so I didn't want to spend much time on it.

The thing is though, I've set up nopCommerce a few times the traditional way and all's been fine, sometimes a bit of tweaking but all good and lots of info here and elsewhere to do that. My bug report / issue raise was more about the docker image possibly having a problem within that stops a vanilla brand new setup working - one of the main benefits about docker/containerisation is removing the need for tinkering with the nuts and bolts, the image is supposed to be a working self-contained lump of executable and configuration as-is, so in theory I should just need to point it at a SQL and off we go - and clearly the SQL connection was OK as it intitialised all the tables etc. just fine.

In any event the client has had a look at the standard online demo and has moved on now so I've deleted the container so I don't get charged any more for it, so the problem (and any evidence!) has gone now, I'm more just commenting in case anyone wants to check out the docker image for NOP as there may be a problem with it.

Oh, and to have a sly little dig at the 'Sequence contains more than one element' error possibly needing to be more helpful or ideally the installer tidying up after/before itself.

Thanks again for trying to help though :)
Chris
1
Rispondi