Minor releases don’t generally make breaking changes, and if they do, the team would announce it so plugin developers could make work arounds, but so far, breaking changes have been left for major releases.
UntiedShoes
www.untiedshoes.co.uk
1
schurig 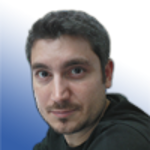 4 mesi tempo fa
I've compared files of Libraries\Nop.Data\Migrations\*.* from 4.3, 4.5. and 4.5 source and as far as I can see, the migrations of previous versions are included. So I think it should be ok to run the scripts of 4.3 and then switch directly to 4.5. But of course it would be great if we had an official statement or reference in the documentation.
0
schurig

3 mesi tempo fa
Can anybody confirm that?
0
Yidna

1 mese tempo fa
I don't have a complete understanding and hoping somebody can explain it to me a little better....

I was under the impression that it was no longer necessary to run upgrade scripts on version 4.40 and newer, but in the assets at github, I see upgrade scripts available for each minor version of 4.40... (https://github.com/nopSolutions/nopCommerce/releases?page=1)

Thanks!
An upvote on a helpful post means "thank you" in every language. I believe in this community. For every question I ask, I try to answer at least five others.
0
Yidna

MVP
Sviluppatori certificati
1 mese tempo fa
If you have a look in these files nopCommerce_4.50.1_UpgradeScripts, etc they are just text files that explain the process. They don’t do anything

So yes there are no scripts to run after v4.3 and the migrations of the database in each version after that is done in the code. So it will migrate from v4.3 to v4.4 or v4.3 to v4.5 automatically.

That is provided the database is not customised. Also sometimes there is some old data that causes problems with the migration.
If there are issues check the Stdout log files to see the problem.
Select Systems International - nopCommerce Plugin Developer
and eCommerce solution developer
www.SelectSystems.com.au - [email protected]
2
embryo

1 mese tempo fa
Doh! I didn't notice the small filesizes of those!
Okay, thanks!
An upvote on a helpful post means "thank you" in every language. I believe in this community. For every question I ask, I try to answer at least five others.
0
Rispondi