Could not load file or assembly NUglify

I am upgrading to nopCommerce 4.0. I have two questions:

Application startup exception: System.IO.FileLoadException: Could not load file or assembly 'NUglify, Version=1.5.5.0, Culture=neutral, PublicKeyToken=15bc7810aec21b5e' or one of its dependencies. Operation is not supported. (Exception from HRESULT: 0x80131515)
File name: 'NUglify, Version=1.5.5.0, Culture=neutral, PublicKeyToken=15bc7810aec21b5e' ---> System.NotSupportedException: An attempt was made to load an assembly from a network location which would have caused the assembly to be sandboxed in previous versions of the .NET Framework. This release of the .NET Framework does not enable CAS policy by default, so this load may be dangerous. If this load is not intended to sandbox the assembly, please enable the loadFromRemoteSources switch. See http://go.microsoft.com/fwlink/?LinkId=155569 for more information.

My IIS is pointed the root directory where all the assemblies are located and I found the Niglify assembly. I made an app pool saying no managed code.

The file exists in the project.
3
joe_a84

I downloaded the nopCommerce version 4 with no source code, but there is no solution file. Am I supposed to create one? How do I open the project in VS 2017 and run it on IISExpress? Also, will my razor view files still work?
0
antoniodlp

2 years ago
I found the solution for this particular problem.

You need to make sure all your files and DLLs are unblocked as in this post:

You can also use Sysinternals Stream to unblock all the files in your installation:

You need to make sure all your files and DLLs are unblocked as in this post:

You can also use Sysinternals Stream to unblock all the files in your installation:

This is help
Up-vote the answer, if it helps you! :) 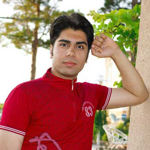