Here is the case study demonstrating how an Intelligent Customer Feedback system can be plugged into existing eCommerce portals without the need to re-architect them. Serverless hosting is a cost-effective model to host such systems with ease. The intelligent bot and the analytics system can be built quite quickly with the use of Azure services.

The article is written by Abhishek Mishra, the speaker of the nopCommerce Days 2019 conference. It is an adapted version of his event’s speech.

Microsoft Intelligent Azure platform provides a bunch of Artificial Intelligence offerings that can make the applications smart enough to understand customers’ intent and respond back with the right action.

Here we would pick up a business case for an intelligent customer feedback system for an eCommerce company and build a Reference Architecture step by step using the Serverless Intelligent Azure platform.

A mid-sized eCommerce company is looking forward to build an enhanced collaboration with the customers. It is planning to have an Intelligent Bot that can interface with the customers and gather their feedback. The Bot should be intelligent enough to understand the natural language of the customers. The feedbacks gathered should be analyzed and actioned in a timely manner. The customers are active on social platforms like Twitter and share feedbacks there as well, so the feedback from Twitter should also be analyzed and actioned.

The company has heavily invested to modernize its eCommerce portal two years back. The customers love the experience they are having with this revamped site. A cost-effective solution has to be delivered for the business case and the solution should work as-is in the current ecosystem it has. The current portal should not be re-architected or refactored to support a customer interaction system. However, the solution should have the ability to sit on the existing portal with minimal changes incorporated.

The solution should be scalable enough to handle a large customer base. It should be highly secure and reliable. High Availability is a key concern. There should be zero or low Infrastructure Maintenance.

Transforming the Business Case to Requirements

The Requirements in the Business Case can be grouped into three areas.

The business flow would be as below for the case.

Step 1: The customer sends feedback to the Bot. Example feedback, “Did not have a great experience”.

Step 2: Bot interprets customer feedback and responds back. Example reply, “Sorry to hear that. We will sort it out and get back to you at earliest.”

Step 3: Bot forwards the feedback to the Feedback Analytics system.

Azure Serverless offerings can help build a cost-effective Feedback Analytics System. Bots can pass on the feedback to it. It can interface with social media platforms with great ease and tap in the feedbacks from there as well.

Azure Serverless and Intelligent Azure Services are inherently secured, scalable, and highly available and have zero maintenance overhead as Microsoft maintains the Infrastructure and developers just host their code there without being worried about the underlying Infrastructure. Azure Serverless are budget-friendly offerings as the cost is incurred only when the services are consumed. The system can be made highly secured by integrating it with Azure Active Directory.

The Intelligent Customer Feedback System can be built in smaller chunks and then can be integrated into a full-blown system. Below are the components that have to be built.

Figure 1 highlights communication between different components of the Bot Framework. The user sends a chat to the Bot using a popular medium like Facebook, Twitter, Microsoft Teams or Skype or any other supported channel. Each messaging channel generates a channel-specific JSON message containing the user chat that the generating channel can only understand. Connector Service converts the channel-specific message to Activity JSON message that the Bot developed using C# or Node JS can understand. The Bot can be hosted on Azure Bot Service. When the Bot replies back it sends the message using Activity JSON. Connector service converts the Activity JSON into the corresponding channel JSON. The channel JSON interprets the Bot message and delivers the message to the user.

Now let us use Microsoft Bot Framework and LUIS to build the Intelligent Bot. The bot built using Microsoft Bot Framework can be hosted on Azure Bot Service. Direct Line Channel should be enabled for the Bot. Web Chat v4.0 that supports Direct Line Channel can sit on the existing customer portal using iframe and interface between the customer and the Bot.

The responses that the Bot needs to reply to the customers are maintained in a Knowledge Base hosted on Microsoft QnA Maker Service.

LUIS will interpret user chats and understand the Natural Language and fetch the right response from the QnA Maker Knowledge Base.

The customer sends a chat to the Web Chat v4.0 that further sends the chat to the Bot hosted on Azure Bot Service (with Direct Line channel enabled). The Bot invokes the LUIS API to understand what the customer chat. Based on the understanding of the chat the Bot searches for an appropriate response from the QnA Maker Knowledge Base and replies back.

Figure 3 shows the architecture for the Intelligent Bot.

Before we start building the Feedback Analytics system let us try to understand what Serverless hosting is in the cloud context.

Serverless is the most cost-effective and highly scalable cloud hosting model. As in Platform as a Service model there is no Infrastructure overhead for the developers. Developers just need to build their code and push it to Serverless cloud service Figure 4 shows a quick comparison of different cloud hosting models.

Architecture for Serverless Feedback Analytics System that interfaces with the Bot

Azure Functions are the basic and most commonly used building units of Azure Serverless architectures. In our current business scenario, we need to invoke the Serverless Feedbacks Analytics System from the Bot using an HTTP call. Azure functions can easily be triggered using HTTP calls. The feedbacks need to be screened whether they are negative or positive. If negative, to what degree they are negative and if positive, to what degree they are positive. Microsoft Cognitive Services exposes Text Analytics Sentiment API that can accept the Feedback, analyze it and get back with a decimal score between 0 and 1. Score tending towards 1 is relatively positive and score tending towards 0 is relatively negative. Microsoft Cognitive Services are web services hosted on Azure and are an essential Artificial Intelligence offering of Azure. Figure 5 gives a quick glance at Microsoft Cognitive Services.

The bot can pass on feedback received from the customers to the Azure function using HTTP Triggers. Azure Function can pass on the feedback to the Microsoft Cognitive Services Text Analytics Sentiment API and get the sentiment score. It can judge whether the feedback is negative or positive and can pass it on to the backend team that will action the feedback using the Azure Send Grid email service. All feedbacks and the corresponding sentiments can be logged in Cosmos DB for future Analytics purposes. Figure 6 depicts the architecture of this component.

Figure 6: Feedback Analytics System that interfaces with the Bot

Microsoft Logic Apps is an excellent Azure Serverless offering that can interface with Twitter and fetch the tweets. Microsoft Logic Apps has an array of connectors that helps it to interface with different services and industry standard components with ease. Twitter Connector can be used in Logic Apps to interface with Twitter and pull out the tweets. Once the Logic App gets the customer feedback tweets, it passes them to the Microsoft Cognitive Services Text Analytics Sentiment API and gets the sentiment score. Based on the score it decides whether it is a positive tweet or negative tweet and forwards it to the backend team for the next set of actions using Azure Send Grid Email service. Tweets are logged in Azure Cosmos DB for future analytics. Figure 7 depicts the architecture for the component.

Assembling all the Architecture Components

We have built the sub-components of the Architecture. Now let us assemble the components to build a full-blown Intelligent Serverless Component hosted on Azure Serverless. Figure 8 depicts the complete architecture of the system.

Get back to the blog 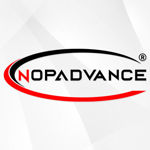 12/4/2019 5:43 AM
This was a much needed article after nopDays 2019. Thank you so much Abhishek and nopCommerce team for sharing this
dbanurun

12/12/2019 11:50 AM
To me with no (Bot, Cognitive or AI) knowledge, it's a very good use case of bot implementation in the Azure ecosystem.
I would have appreciate some links to jump in the main subjects related.
Any how very appreciated.